Why get a Keurig? Aside from the fact that it’s a tried-and-tested brand, it’s known for convenience. Case in point: K-cups. Some people would do away with these disposable pods as much as possible due to their not-environmentally friendly nature, but for people on the go, these are a quick option.

And now, Keurig coffee makers, or at least the newer models, have gotten smarter with the introduction of the so-called “Keurig 2.0 Brewing Technology.” How does it work? When you insert a K-pod, the brewer “reads” the pod and automatically adjusts the settings for a more optimized brew. The result of course is a better-tasting beverage.

The Keurig K575 is not called the “Ultimate Keurig Brewer” for nothing. Compared with other models, this single-serve machine has more features to offer. It has the largest water reservoir at an 80-oz. capacity, which fills a carafe two times before a refill.

Another feature that’s not present in other models is the hot-water-in-demand feature, which allows you to heat water without having to hold or press a button during the brewing process. Also, the settings are fully customizable, and you can set your preferences as default for all brew sizes.

Read our full review of the Keurig K575. 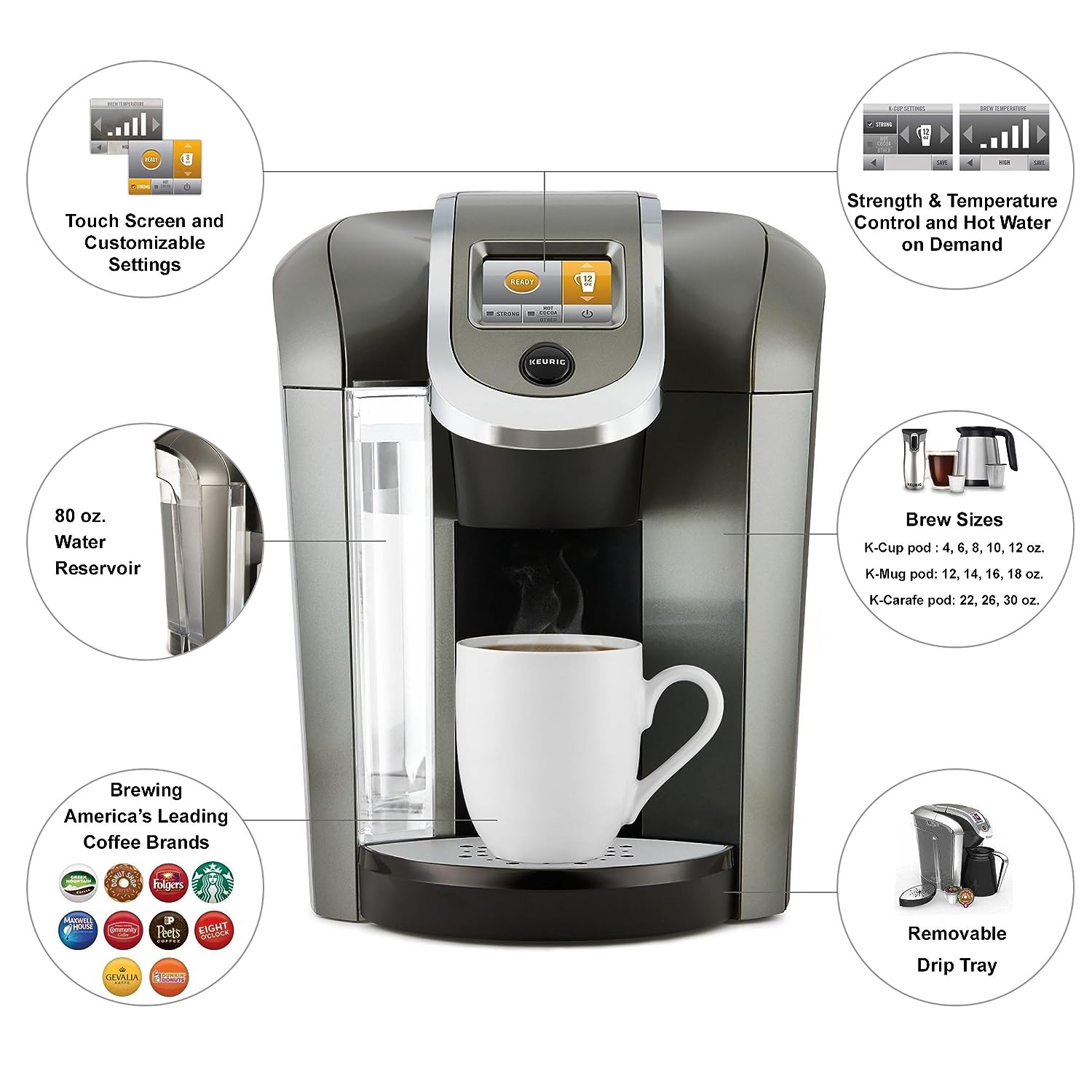 You can choose among three colors – black, sandy pearl, and vintage red. It has basically the same number of features as the K575, but there are noticeable differences. One of them is its water reservoir, which has a capacity 70 ounces, making it slightly smaller than the K575. The Keurig K475 also has a slightly smaller touch screen display. In addition, this model doesn’t have a water-on-demand feature.

So if the K575 has more features, in what instance should you go with the K475? The K575’s extra features, particularly Hot Water on Demand, make it possible for other drinks to be prepared. An example is tea and hot cocoa. But if you’re not really a tea drinker, go for the K475 and save money as it has a cheaper price tag. 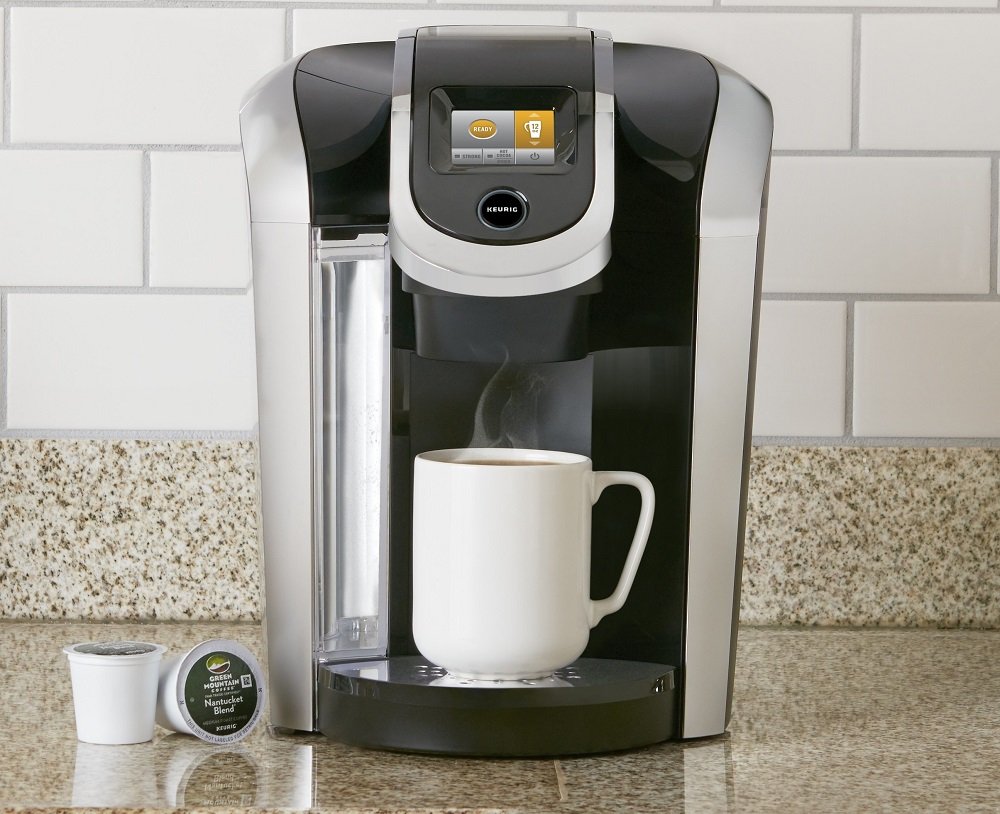 The Keurig K250 is ideal for single- or dual-person households with limited space. This coffee machine is slim, but it has enough functionalities to brew great-tasting beverages similar to those brewed with more advanced models such as the Keurig K575 or K475. It’s also possible to brew up to 30 oz. (carafe), making it the perfect go-to machine when receiving coffee-drinking guests. Although it comes with a black-and-white touch screen (as opposed to a colored screen for the K575), the K250 has a removable 40-oz. capacity water reservoir, strength control, and high altitude setting. 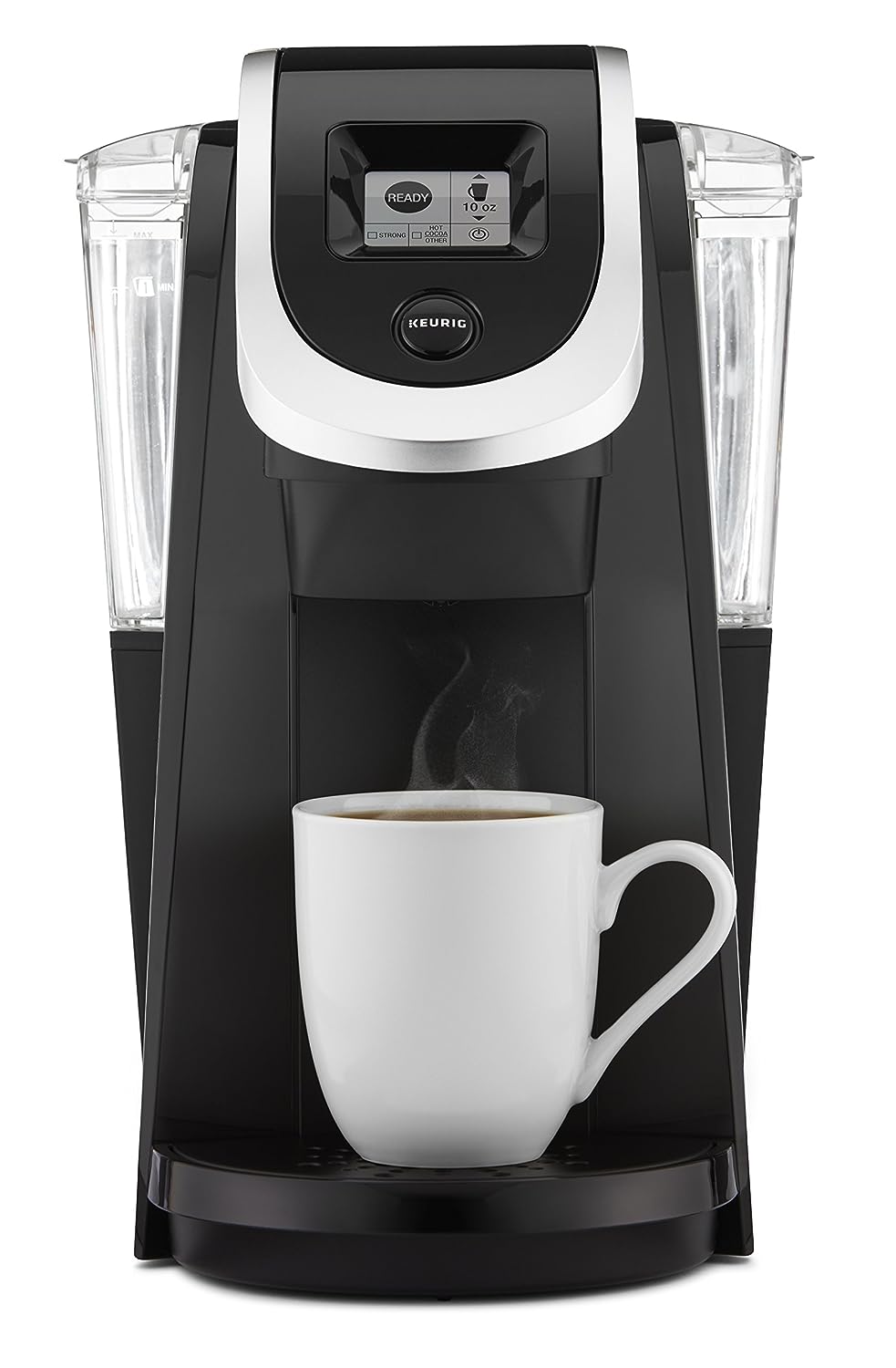