Advertised as the “fastest 10-cup home coffeemaker,” the Bunn GRB Velocity has a simple and straightforward approach to brewing coffee, which only takes a few steps of adding coffee to the filter basket, pouring in fresh water, and closing the lid. Expect a full pot to be ready in about 3 minutes.

In this Bunn GRB Velocity Brew review, we take a look at what previous buyers have to say about their unit. These feedback and comments are categorized accordingly into sections.

Taste of the Resulting Brew 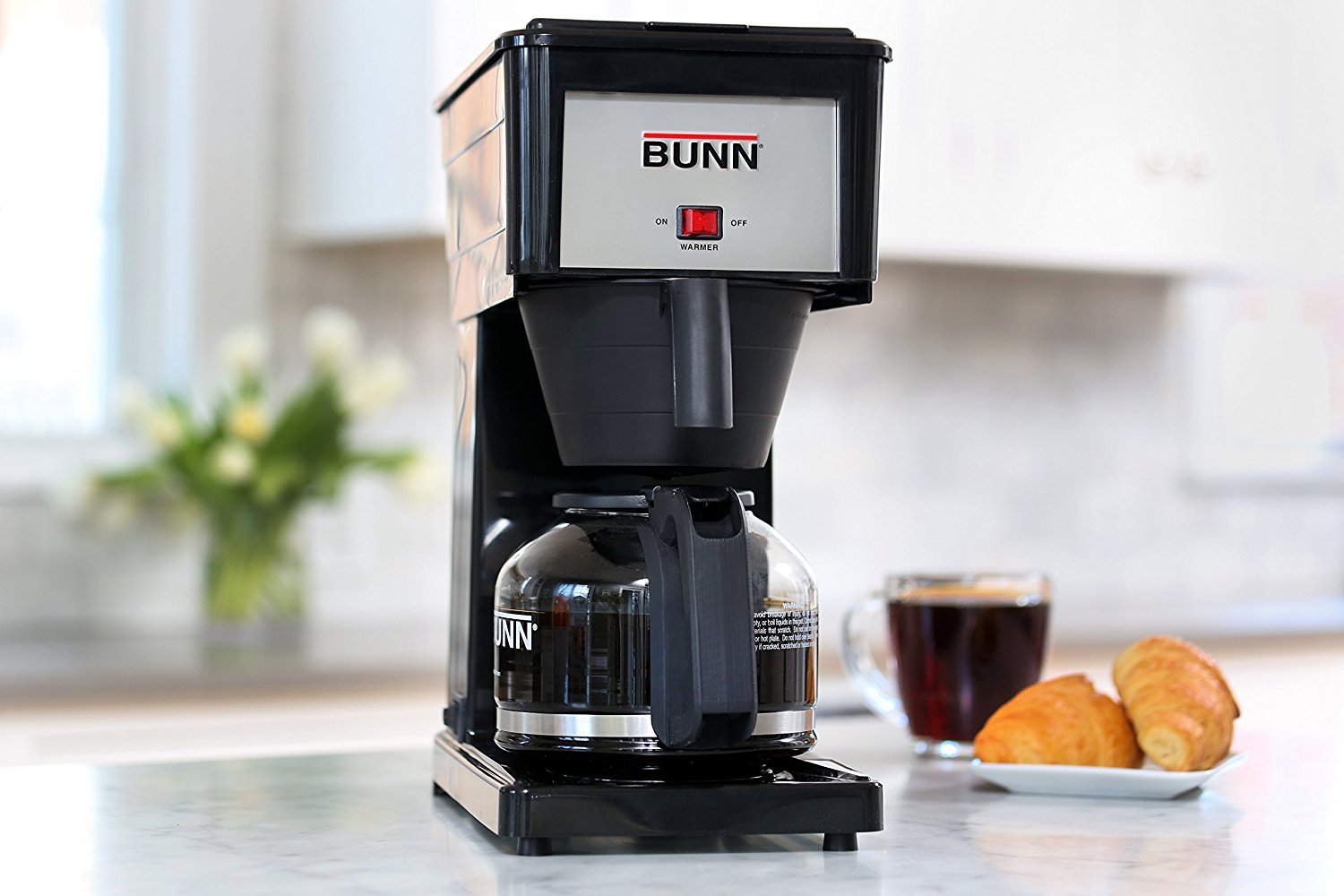 To jumpstart this Bunn GRB Velocity Brew review, let’s talk about the taste of the resulting coffee cup prepared by this machine.

One of the common questions of coffee lovers is the taste or flavor of the resulting coffee. Here’s a valid question from one potential buyer:

Is the brew flavorful considering that the water runs through so quickly?

Several consumers were gracious enough to respond, and the general feedback is that the brew is indeed flavorful. Part of the reason is that the water in the tank is kept hot, so pre-heating is skipped.

One person said that at first, he was hesitant about this coffee maker, saying that he was worried the brew would turn out to be “too watery and weak.” But as it turned out, it isn’t. In the end, he said the Bunn GRB Velocity “does seem to extract the best flavor from the coffee.”

– According to the sellers, it takes 15 minutes for the water in the reservoir to heat up for the first use.
– This coffee machine can make either 1/2 pot or full pot of coffee. You can even make up to 4 cups only, but the challenge for you is to know how much coffee to use to get that flavor you want.

The good news is that this machine can remain functional after a few years of constant use. One person has had her unit for about 8 years. But just like other devices, it’s going to have some “issues” eventually.

For instance, some people have reported that their unit’s water tank leaked after a few years.

Limitations of the Product and Complaints

Here are some features, parts, and functionalities that you’d probably wish were present on the Bunn GRB Velocity coffee maker.

What are some of the issues and complaints raised by previous buyers about this coffee brewer?

– Since it doesn’t have an auto-off function, this coffee machine needs to be plugged in all the time if you want to keep the water hot all the time.
– At least two people who have owned an older model complained about this model overflowing the filter. To combat this, one person suggested that you need the taller Bunn coffee filters to prevent a messy countertop.
– Compared with the older versions, the newer models have a thinner filter basket and a thinner carafe.

The Bunn GRB Velocity Brew coffee brewer is not programmable. Actually, it has basic features. But if you’re looking for a reliable coffee machine that does the job in no time, this is what you want.

So… who is the Bunn GRB Velocity for?

First, this is NOT for commercial use. But although it’s mostly for household use, it can also be used in the office. It’s a no-fuss machine, but more importantly, it brews coffee fast, making it ideal for office workers who badly need a caffeine fix. Plus, let’s not forget that this machine makes really hot coffee, and there is a warming plate, so the temperature is maintained. 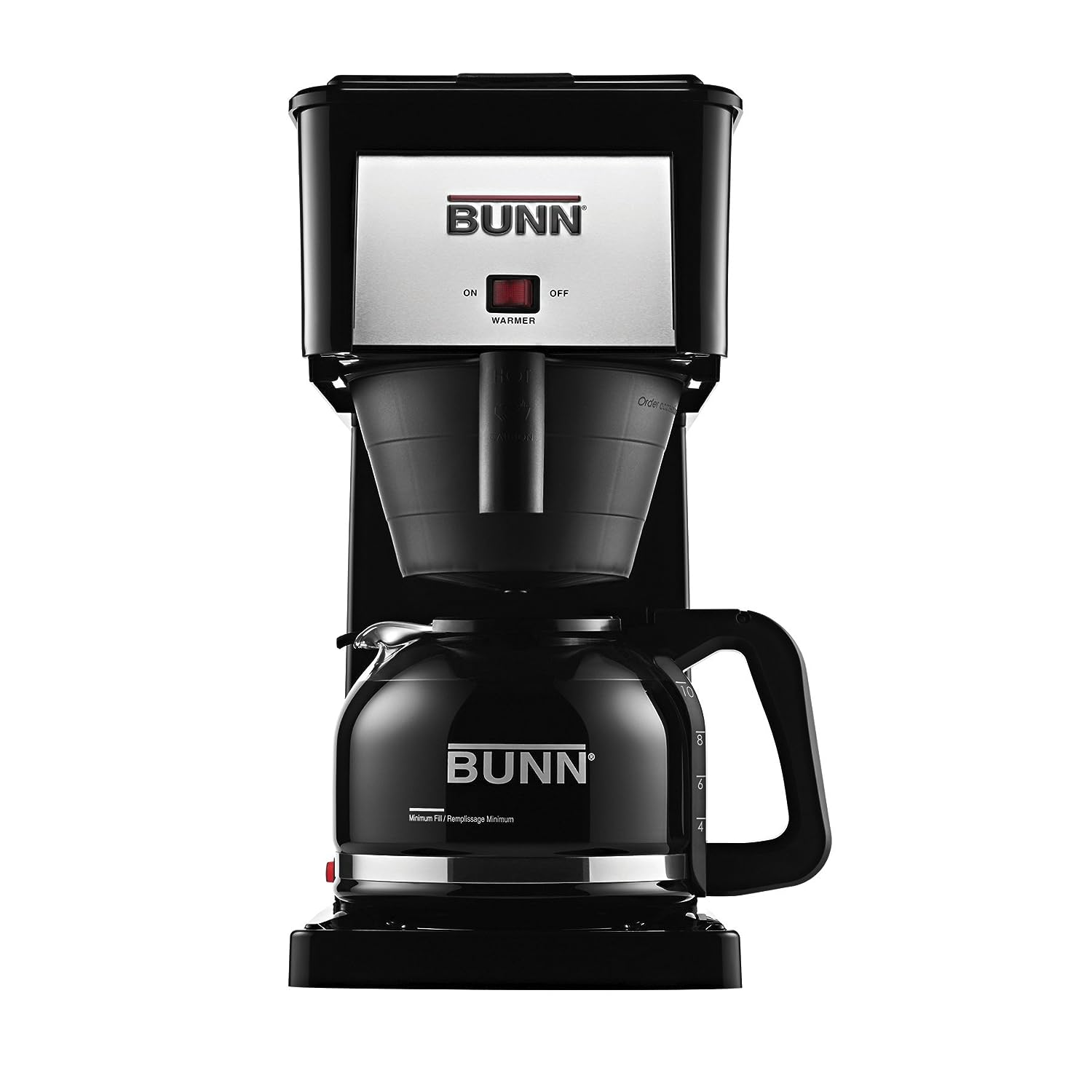