It comes with a handsome exterior with difficult-to-miss buttons on its control panel. It’s advertised as programmable, and it boasts a 56-ounce water tank, which — can we just say — is more than big enough! But does this 10-cup coffee maker sit well among previous buyers? Let’s find out in this Cuisinart CHW-14 review.

Before the comments of previous buyers, let’s touch on the most notable features of the Cuisinart CHW-14. 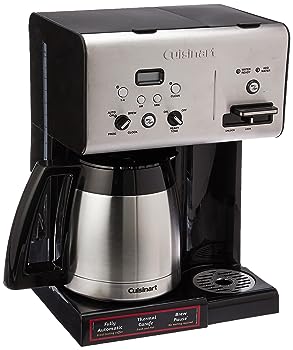 Although the control panel is not the most advanced display you’ll find in a coffee maker, the CHW-14’s display gives you access to a number of truly helpful functions.

For instance, the CHW-14 has a clock feature that displays the time of day. Yes, you can set it to be in sync with the correct time by simply using the Hour and Minute buttons below the clock display.

As advertised, this 10-cup thermal carafe has a “drip-free pour spout” and an “ergonomic handle.” Another good news is that if you need a replacement, you can easily purchase one – Cuisinart DGB-600CRF. 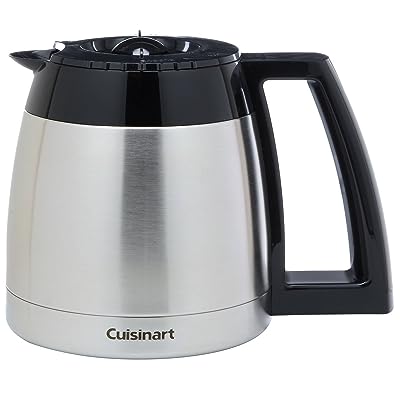 Here’s a list of the functions you can look forward to with the Cuisinart CHW-14 coffee maker.

One, it’s equipped with an Auto On feature. Second, the Brew Pause feature is truly a gem. With this feature, spills and dirty build-ups on the resting plate are avoided. Third, the CHW-14 is equipped with a Power Loss Back-Up System. When there’s a power shutdown or if a breaker trips – though it rarely happens – this coffee maker’s power back-up system holds all information for one minute.

One of the best features of the CHW-14 is its Safety Lock. On the control panel is a lever that you can slide to the left or right. When the Lock option is chosen, you’re sure that the machine doesn’t accidentally dispense hot water, which can potentially harm you.

Chart: Features and Specs of the Cuisinart CHW-14 Coffee Maker

Here’s a chart that details the technical specs and features that the CHW-14 has.

What do previous buyers have to say about the Cuisinart CHW-14 coffee maker? Here’s a summary of what we found out on our trip to the comments and feedback section of a popular online retailer. 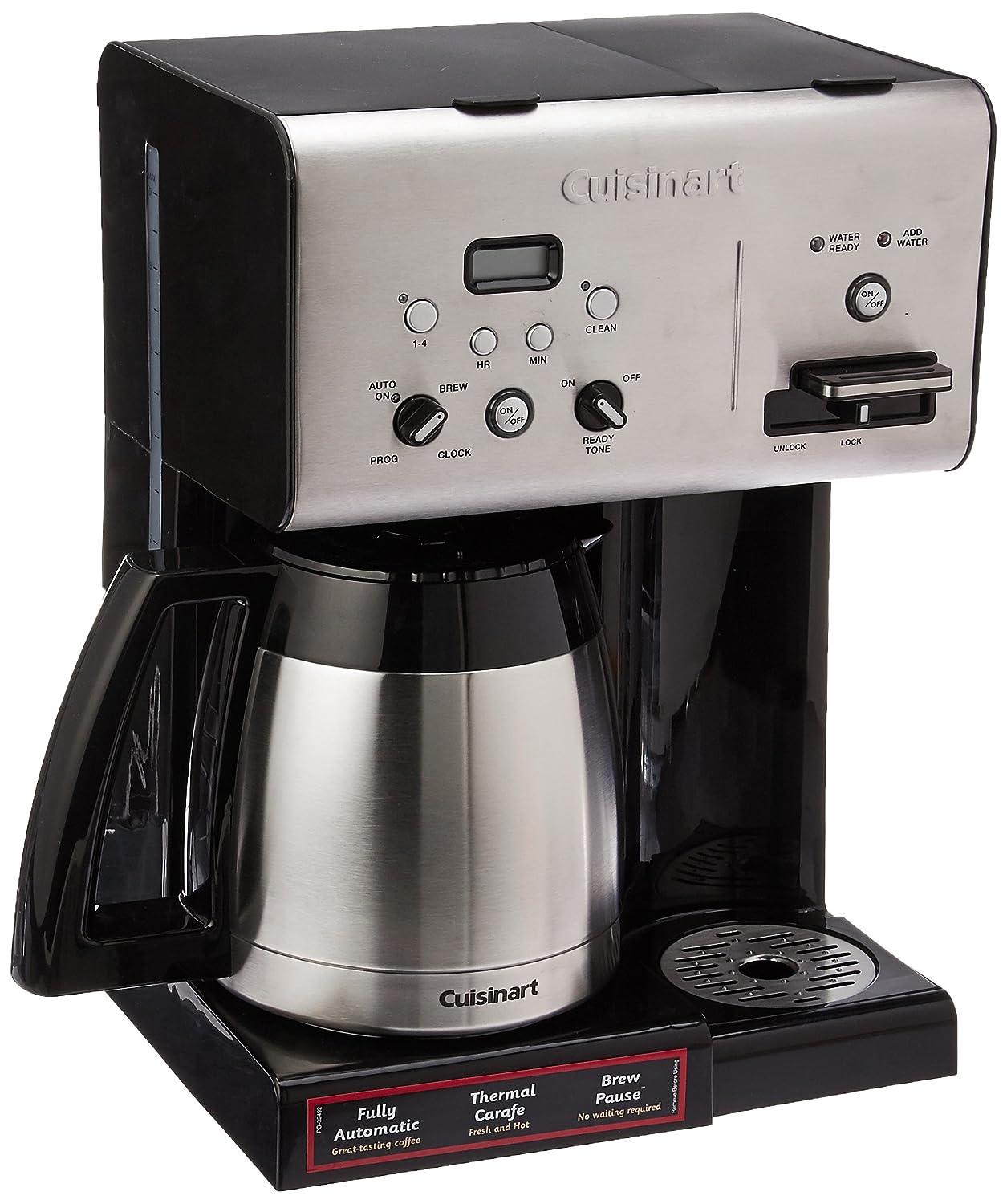 One of the many advantages of this coffee maker is that it can also dispense hot water. That said, you don’t have to make an additional effort to boil water for other non-coffee drinks such as tea. For this alone, the CHW-14 takes big points for the convenience.

Here are some feedback regarding this feature and the resulting hot water dispensed.

When it comes to the temperature of the dispensed hot water, one person who took it upon himself to measure it using a thermometer says that this unit dispenses at 186 degrees Fahrenheit.

When it comes to its size, one person said that the hot water dispenser is “huge.” This is a good thing because it fits a variety of mugs even the tall and wide ones.

This coffee maker can be programmed to up to 24 hours. Here are some comments regarding this machine’s coffee-making abilities.

One person has measured the temperature of the resulting coffee drink, and he said his thermometer reads at 200 degrees Fahrenheit. This is hot enough to stay warm for a period of time, which is good news for people who loves to take their time sipping their coffee in the morning.

Is the Cuisinart CHW-14 worth it? Based on the comments and feedback from previous buyers, here’s what we have to say.

This coffee maker is a so-so machine. We say “so-so” because it does work when it works. But the complaints of several buyers are difficult to ignore. That said, purchase the Cuisinary CHW-14 with reservations.

To end this Cuisinart CHW-14 review, we present another option. As an alternative, you may want to consider owning the Hamilton Beach 49980A, a programmable single-serve coffee maker that gives you two brewing options – either to brew using its 12-cup glass carafe, or using a single cup. 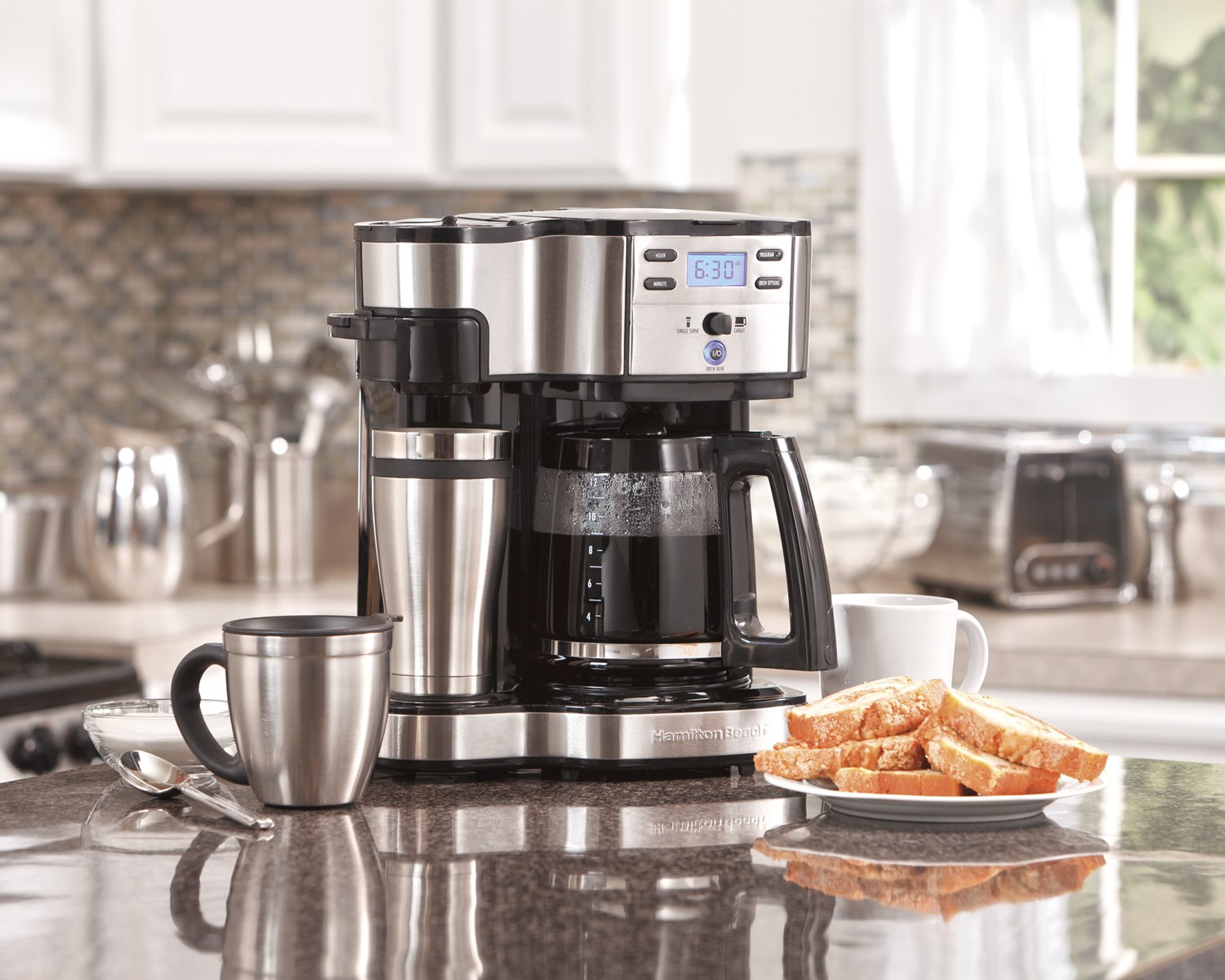