You probably already know that burr grinders are superior than blades because they result in more consistent grind size, and they produce only minimal heat that can affect the taste and overall quality of the resulting brew. 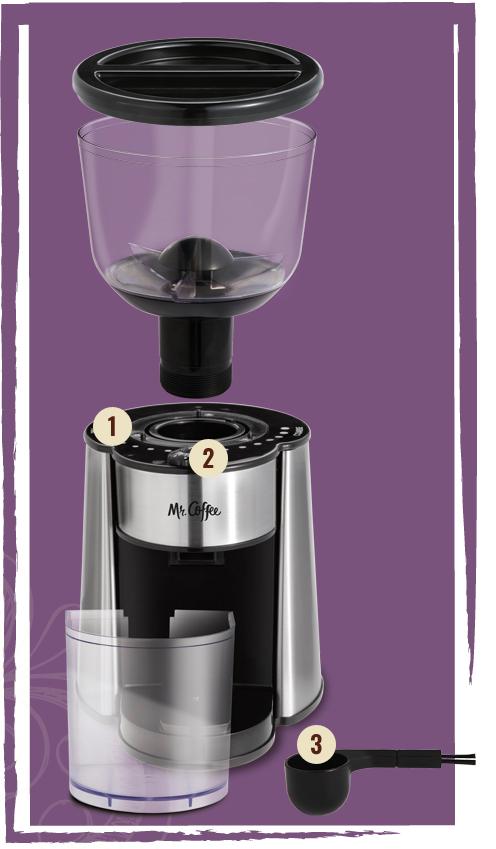 What can you expect?

Two of its parts – the bean hopper and the grounds catcher – are both transparent so that you can easily see your coffee beans. The bean hopper is removable, and as advertised, it can carry up to 0.5 lbs of roasted beans.

Are there grind settings to choose from? Yes.

You can select the size of the resulting grounds. According to this grinder’s sales page, there are 18 pre-programmed settings to choose from, which are categorized as “fine,” “medium,” and “coarse.”

Whatever type of beverage you’re going for, you’re sure to get it through this grinder. If you’re an espresso lover, you can rely on this grinder to give you super-fine grounds. For French Press coffee, coarse grounds will do.

Overall, the Mr. Coffee BMH23-RB-1 can grind for a maximum of 18 cups of coffee.

How much does this grinder weigh?

As promised, the Mr. Coffee BMH23-RB-1 should give you extra-fine for your espresso needs. But does it deliver this promise?

Not quite, according to previous buyers. Several of them say that the finest setting isn’t “fine enough” to give you a full-bodied espresso shot.

Is the grind size consistent?

Unfortunately, not many people are impressed. The consistency of the grounds has been described as “poor” or “bad.”

Feedback on the Bean Hopper

One of the disadvantages of a transparent bean hopper is the negative effect of light on the quality of the beans. Unfortunately, this burr grinder doesn’t have a UV protection feature that should mitigate these effects.

Another disadvantage is that the bean hopper is not airtight, which again, has a negative effect on the freshness of the beans. That said, it’s always smart to not put all your roast beans in the bean hopper, especially if you won’t grind them immediately.

Feedback on the Noise this Grinder Makes

As a burr grinder, the Mr. Coffee BMH23-RB-1 is relatively quieter than a blade grinder.

Sure, it’s a grinder, and naturally, it makes noise. But several people say they can’t stand it, saying this grinder makes a lot of noise. The good news, though, is that you don’t need to grind for several minutes.

Several people say that their unit died on them only after a year or usage. There are also complaints about leaks and overspilling.

Should you get one? Let’s end this Mr. Coffee BMH23-RB-1 burr mill grinder review with this recommendation.

If you ask us, no, we wouldn’t buy this because of the reasons highlighted above. Based on consumer feedback it’s unusually noisy, and it doesn’t last a long time. 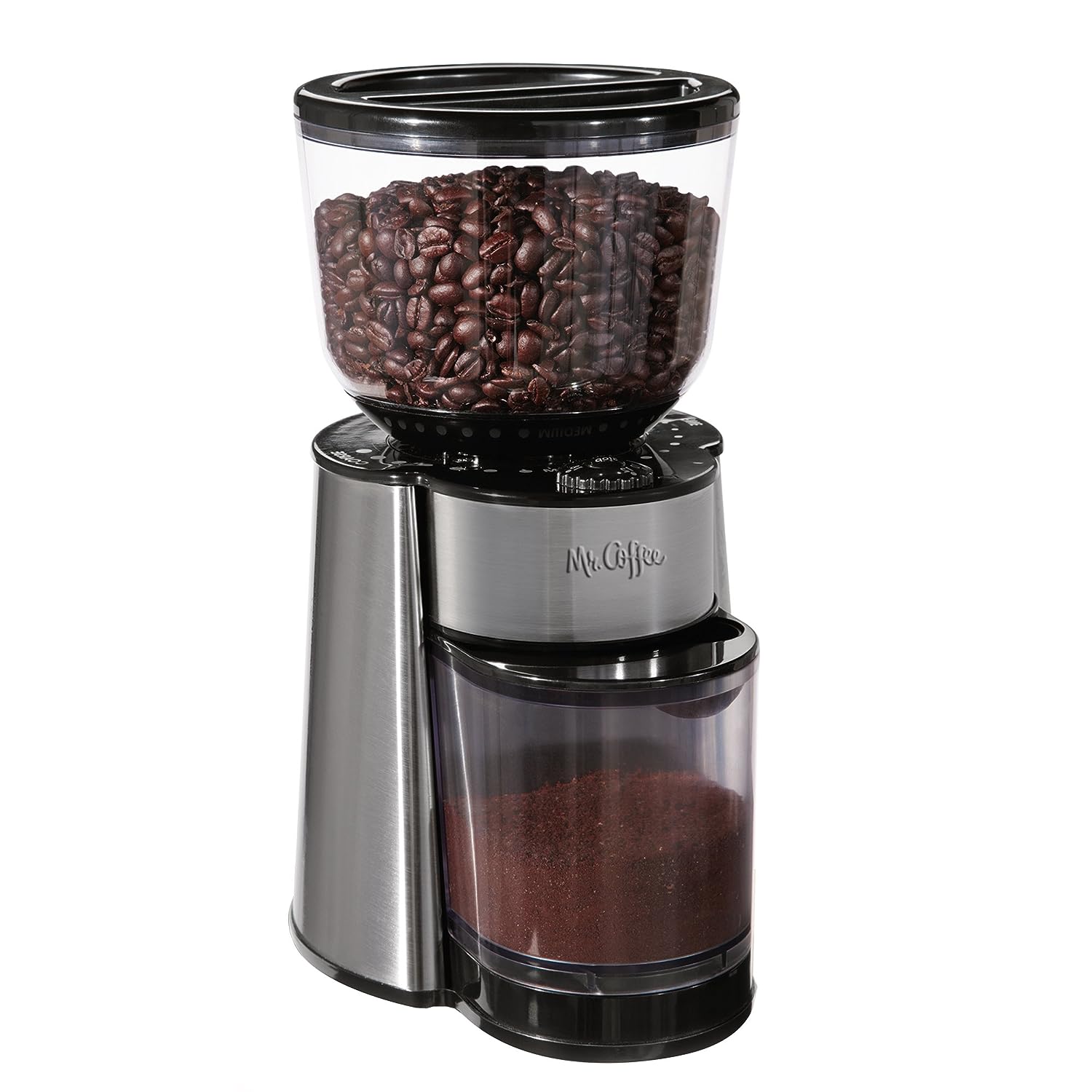